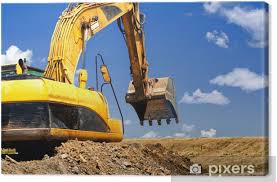 and rehabilitation company. The action was the first-ever taken by the department under its recently expanded authority, according to an NJDOL announcement.
Digging Deeper: Three Sons Restoration LLC was cited for allegedly failing to pay the prevailing wage, for unpaid and late wages, and for failure to keep accurate, certified payrolls. The company has appealed, and the matter has been referred to the Office of Administrative Law for a formal hearing
Here’s What Happened: On August 22, in a coordinated sweep that involved local law enforcement, NJ DOL investigators issued notices at Maurice Hawk Elementary School in West Windsor, Bayonne Fire House at Engine 6 in Bayonne, and at the company’s Union headquarters.
At a September 4 hearing, a determination was made to lift the Stop Work Order at the Bayonne location; but the order at Maurice Hawk Elementary School was affirmed and remained in effect pending the formal hearing.
The state DOL is stepping up its wage-violation efforts, according to Division of Wage and Hour Compliance Assistant Commissioner Joseph Petrecca. “With these new authorities given to us by Governor Murphy and the Legislature, this administration will continue to fight for our workers using all means necessary, especially when it comes to making sure our workers are being paid properly, and the playing field is level for our employers,” he said. Under a new law, a company may be assessed civil penalties of $5,000 per day for each day it conducts business in violation of a Stop Work Order.
Don’t get steamrolled by the state: Prevailing-wage, record-keeping and other issues can be complex. We will review your company’s unique circumstances to make sure you are in compliance with the latest developments in state and US wage-and-hour regulations.  We handle many NJ and US DOL audits. We frequently work with qualified employment attorneys, if necessary in each case. Consult with your legal and accounting advisers to stay on the tight side of the fence.

Employees in NJ now have six years, instead of two years, to bring certain claims for additional wages, thanks to a decision handed down by the New Jersey Federal District Court—Meyers et al v. Heffernan et al, No. 3:2012cv02434 (D.N.J. 2014).

The plaintiffs in the case were commissioned salespeople. In 2010, they filed a civil suit alleging that in 2007, executive officers of their (since-bankrupt) employer, Mortgage Lenders Network USA Inc., had stopped paying them the commissions they had earned, in violation of the New Jersey Wage Payments Law (WPL) and other regulations.

The defendants, however, claimed that the WPL carries a two-year statute of limitations; which would bar the employees’ wage-claims, since they were filed more than three years after separating from the Mortgage Lenders Network.

But the court took an expansive view. Looking beyond the strict terms of the WPL, it found that “the nature of the injuries identified with the plaintiffs’ cause of action are more analogous to breach of contract…” and held that a private course of action under the WPL is instead subject to the six-year statute of limitations that is provided by N.J.S.A. 2A:14-1 for breach of contract claims for economic harm.

So What Does This Mean for Me?

For some time now, New Jersey business owners’ exposure has been on the rise, thanks to a jump in the number of audits by both the state Department of Labor and the federal DOL. By tripling the statute of limitation for this kind of case, the unpublished court decision could further expand the exposure of business owners to additional wage lawsuits.

Thanks—So What Should I Do?

First, make sure that your wage-hour and other guidelines comply with local, state and federal standards. Then, be sure that your staff has been made aware of the guidelines, policies and procedures, and that they are actually being followed.

Is There Anything Else I Should Know?

Yes. Even if you and your staff are paying people properly, you have to document the data. Otherwise it could come down to a case of your word versus someone else’s.

Make sure that you maintain adequate time records; weekly time sheets which contain the daily hours worked as required for hourly wage earners. Ensure that the time sheets are signed by the appropriate personnel.

Finally, keep those records in a safe place for at least seven years. Many business owners think they only need to keep wage and hour records for three years, but as we’ve seen with this latest court case, keeping them longer can be safer. Urbach & Avraham has many years’ experience handling federal and state DOL audits for staffing and non-staffing firms. We work closely with our clients to present their time records and documentation to the DOL in the most favorable manner.